For the first time since 2003, police entered Club-Dallas, a gay bathhouse in the Deep Ellum district of East Dallas, and arrested 11 people, the Dallas Voice reports: 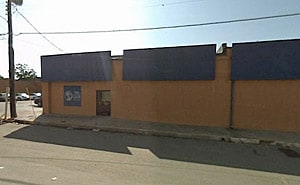 "Ten patrons of The Club reportedly were charged with either public lewdness or indecent exposure, while one employee was charged with interfering with police. DPD would only release records related to three of the 11 arrests, saying Dallas Voice needed to file a freedom of information request to obtain additional details. Laura Martin, DPD’s liaison officer to the gay community, said the vice unit raided the establishment on Swiss Avenue in response to a complaint. But police wouldn’t say who had complained…The Club Dallas on Thursday, Oct. 14 issued a one-sentence statement about the raid. 'The Club Dallas management is committed to pursuing justice for and defending the rights of each of its members,' the statement read. The Club reportedly helped bond out arrested members from jail and has offered them legal representation. Martin, meanwhile, warned that additional police activity at the business is possible."

Previous Post: « Watch: Robert Gibbs Won’t Say Whether Obama Believes ‘DADT’ is Unconstitutional, Says it Should End in Congress
Next Post: Justin Bieber to Take Public Stand Against Homophobic Bullying After Being Hit with ‘Faggot’ Slur »