Justin Bieber was targeted by a homophobic slur on Friday night by his opponent during a game of laser tag. 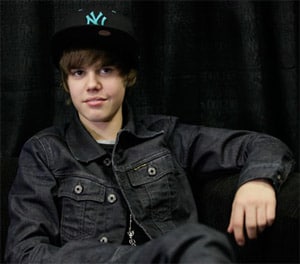 The NY Post reports: "During the game of laser tag Friday evening in British Columbia, an overly aggressive player kept targeting Bieber which lead the frustrated singer to tell him, 'That's enough.' … 'What are you gonna do about it, f*ggot?' the kid responded. 'Excuse me?' the 16-year-old star said in disbelief. 'You're a f*ggot' the belligerent player repeated. At that point Bieber pushed the kid's hand out of his way to make his escape from his tormentor. Police said they were reportedly investigating a claim of assault made by the 12-year-old's father against Bieber. But a police source told the celebrity gossip website that investigators do not believe Bieber was at fault."

TMZ adds: "Law enforcement tells TMZ it was the boy's father who filed the complaint hours later … and our source says the father was heard at the scene repeatedly telling people, 'I'm a lawyer.' The police investigation is ongoing, but our sources say police already know the fault does not lie with Bieber."

Now TMZ reports: "Justin Bieber will take a stand against bullying and homophobia after he was on the receiving end of some hateful words this weekend…Bieber is telling friends he had no idea how hurtful these comments could be — but even though he's a straight teenager, he now wants to take a stand against bullying and homophobia. We're told Bieber will be going public — probably within the next week — to lend his support to the anti-bullying campaign. And this is interesting … our sources say Bieber's own people wanted to keep the specifics of the confrontation under wraps, but Justin felt it was important for people to know what happened."