San Francisco Gay Pride Parade executive director Amy Andre recently resigned amid heavy criticism from over a dozen nonprofits that the organization failed to pay their employees who had worked beverage booths at this year's event. San Francisco Pride has now promised to pay back the $46,000 it owes to those groups. 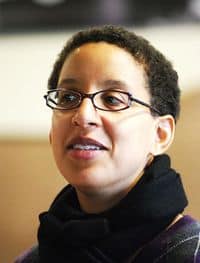 Last month, Pride board President Mikayla Connell, after catching their error, apologized to the beverage partners via email:

"… [W]e made a mistake. We charged our beverage partners for expenses that we have not charged them for in the past (at least, not for a very long time) and we should not have done that. If we were going to change how we calculate the expenses, we should have discussed it with our beverage partners long in advance. We sincerely apologize for this mistake, and we promise to make it right."

According to the San Francisco Chronicle, Andre had this to say about her one year stint on the job: "It was a tremendous learning experience for me, this situation included. That's one reason to take the jobs we do: to learn, to grow, to stretch ourselves. I've accomplished something here, and it's time to move on."

For now, two city supervisors will take over the financial reigns to ensure that the organization keeps running.

Previous Post: « Watch: Dan Savage Responds to Obama’s ‘It Gets Better’ Message
Next Post: NH Paper: Marriage Is Between Men And Women »