SP: You've said that getting your teaching position back is a "great first step" but that "it is only that, a first step." What are the other steps that you would see take place? 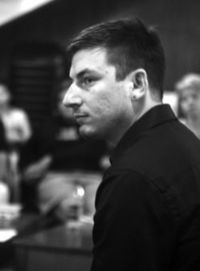 SS: I would like to see students thriving in Beaverton and beyond, be they queer or otherwise.  Students should know that marginalized people exist, in this instance gay people.  This is a great teaching moment where we can send the message that difference does not mean adversity.  The diversity between and among all people should be valued as inherent and beautiful.

SP: You said that when you were first dismissed that you felt as if you were being asked to go back into the closet. Have you felt less likely to reveal your sexuality to people since the controversy began?

SS: I came out of the closet when I was 16 in a very supportive family.  I was very lucky in that.  Their support, along with the support of the communities I have lived in, and that of my attorney, Lake Perriguey, have reaffirmed that queer is okay.  We do not exist in a social vacuum, and, as I said earlier, I value the diversity among and between people in terms of our differences as something that we, all as humans, can learn from.  Comfortableness about being out varies from person to person, understandably, but I have been out for a long time.  At the suggestion that I might have to become more closeted again, I feel absolute terror.  I think doing so would be a backwards step, and plan on being honest.

SP: There's been a lot of debate from those who supported your dismissal about what a nine-year-old can and cannot comprehend. How do you feel about a fourth grader's ability to understand homosexuality?

SS: I was never given any indication that my marital status was an issue that could be so controversial.  Staff as well as other student-teachers at Sexton Mountain Elementary freely discussed their marital status and displayed pictures of their families…I did not realize that heterosexuality had to be attached to those valuable stories and photographs.

SP: Have you heard from the parent who apparently complained about your appearance and then about the controversial conversation?

SS: I have not heard from the parent in question, and would like to protect his or her confidentiality for the sake of their child.

SP: What has been the response from other parents from the school district?

SS: I have had a vast amount of support from parents in the district.  This is a learning moment for all of us, and I value it as such.

SP: Do you plan to pursue a discrimination lawsuit against the school district?

SS: In the words of Bartleby, The Scrivener, I would prefer not to. As an addition, I would also like to express my very sincerest of thanks to Portland Public Schools.  They were BEYOND accommodating and supportive during my interim internship.  I cannot express to them enough my gratitude, especially to my interim mentor teacher.  She is a fine educator, and I have learned so much from P.P.S.'s respect, dignity, support, appreciation for diversity, and guidance.  Again, thank you Portland Public Schools. 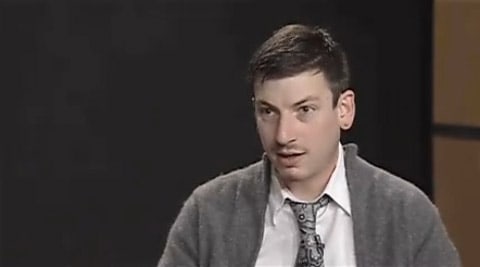 By now you've all read about Seth Stambaugh, the Beaverton, Oregon student teacher who lost his job last month after coming out to one of his fourth grade students. Stambaugh got his job back last Thursday and through his lawyer Lake Perriguey, has stated that that he "is joyous beyond belief" to have his fulfiling teaching job back. According to Perriguey, later that same day, Beaverton School Superitendant Jerome Colonna held a public "listening session" with the board of the school district and admitted that the complaint from a parent that resulted in Stambaugh's removal was handled improperly. I caught up with Seth and asked him some questions about his experience over the past six months.

SP: What was your initial reaction when you heard that your job would be reinstated?

SS: Absolute excitement. This is, and always has been, about the students. I am very excited to return to them.

SP: Did you ever receive an official apology form the Beaverton School District?

SS: I have not received any official or unofficial apology from anyone.

SP: Did they ever explain to you why they have now decided to give you back your job?

Read more from Seth, AFTER THE JUMP.