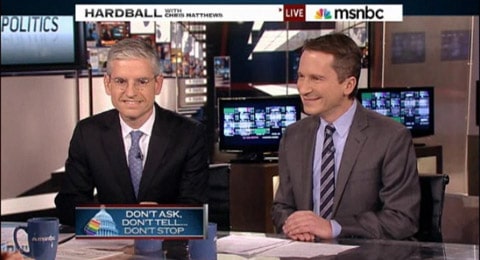 Brock, a former Republican, also said it was "self-loathing" that contributed to his political views at the time.