As a follow-up to reports yesterday that two men were to be executed by stoning in Iran, the IGLHRC has released the following statement: 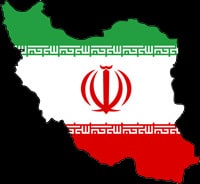 The International Gay and Lesbian Human Rights Commission (IGLHRC) has received reports of the imminent execution of two men in Piranshahr, Iran. By some media accounts, Ayub and Mosleh have been sentenced to death for raping a young man, filming their actions, and inserting images of President Ahmadinejad into the film. There have been reports that the men are scheduled to be killed by stoning on January 21. IGLHRC has been unable to confirm the allegations in this case.

This case is evidence, however, of much bigger problems in Iran: widespread abuse in the justice system and censorship of information. People, including those who are lesbian, gay, bisexual or transgender may be arbitrarily arrested, tortured, and convicted on baseless charges. It can be difficult, if not impossible, to know the facts that lie behind convictions.

IGLHRC condemns the use of capital punishment in all instances, including this one, regardless of the alleged acts with which the individuals have been accused or convicted. Likewise, IGLHRC condemns all forms of sexual violence and rape. We call on the Government of Iran to immediately annul any execution order related to this case, to end the practice of death by stoning, and to repeal the criminalization of same-sex activity.

“Iran has an impenetrable and opaque criminal justice system that makes knowing what is really happening inside the country impossible,” said Hossein Alizadeh, Regional Coordinator for IGLHRC’s Middle East and North Africa Program. “What we do know is that killing is wrong in all its forms, even when committed by the State.”