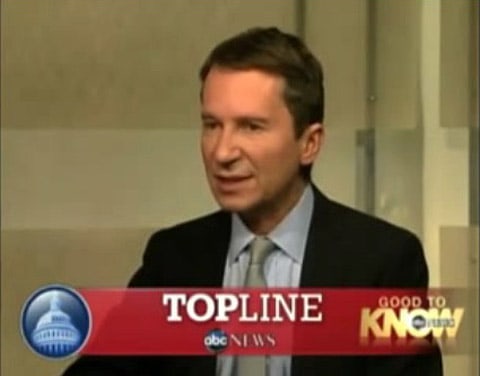 Equality Matters President Richard Socarides discusses what should and may happen for marriage equality in 2011, on ABC's Topline shortly before the new year.

Before the holiday, Obama said he was "wrestling" with the concept of same-sex marriage and that his thoughts on the issue are "constantly evolving". VP Joe Biden called a "national consensus" on gay marriage an inevitablity.

Asked about Republican positions on the issue, Socarides replied: “I’m definitely a glass half-full [type person], because I think that you see a Ted Olson, a former Solicitor General, bringing this very important marriage case out in California. You see people like Laura Bush saying that they think gay marriage is coming. You see other prominent Republicans, [ex-Pres. George W. Bush campaign manager] Ken Mehlman, among others, saying that, they’re comfortable enough to come out, talking about this issue. So, I think that Republicans, there’s a lot going on in the Republican community. You may even have a Republican candidate for President this year, next time who supports gay marriage.”