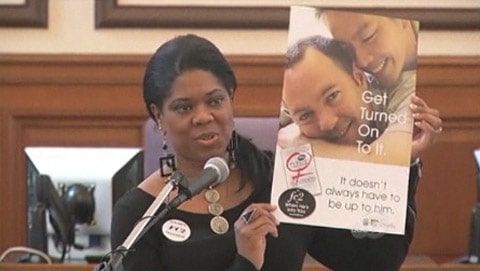 The City of San Francisco began distributing female condoms to gay men yesterday, and will launch an HIV prevention campaign surrounding the policy, ABC reports. Of course the Catholic Church is pissed:

In fact, posters will appear this week on Muni buses and street cars.

Raymond Dennehy, Ph.D., is a professor of philosophy at USF. He says the Catholic Church opposes condoms for women and now in this case men.

"The Catholic church is teaching it's the very notion of homosexual activity that's a frustration of the goal of sex," said Dennehy.

And the point of sex, he says, is to procreate.

They're probably also in a tizzy that the Sisters of Perpetual Indulgence are helping distribute them.