The Colorado senate this morning passed a civil union bill, the AP reports: 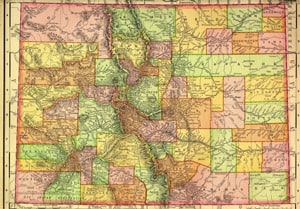 Three Republicans joined all Democrats in supporting the measure Thursday following a second round of emotional debate.

More Republicans went to the podium to speak about the bill than they did Wednesday when only one party member voiced opposition. They emphasized their concerns that civil unions would undermine marriage and go against the wishes of voters. Voters rejected a domestic partnership referendum in 2006 and also banned gay marriage the same year.

Republican Senators Roberts, Spence, and White joined all the Senate Democrats. “Fundamentally, as a Republican, what I have to look at is: does it fit my core beliefs? I believe strongly in protecting individual’s core rights and liberties,” said Republican Senator Ellen Roberts.

The bill now heads to the House.