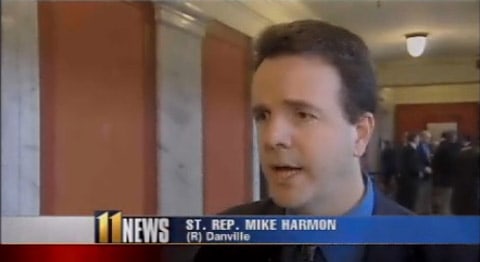 An anti-bullying bill is currently stalled in the Kentucky House. House Bill 370 would prohibit bullying because of a student's sexual orientation, race or religion. A GOP lawmaker has filed an amendment to the bill that would essentially protect bullies if they were hassling kids based on their religious beliefs:

Harmon has filed an amendment that would allow students to condemn other students' sexual preferences as long as that expression of a religious belief does not include physical harm or damaging property.

Harmon's additions don't stop there: "Harmon has also filed an amendment to the bill that would allow gunowners with concealed weapons permits to carry firearms on public campuses and keep guns in their vehicles on school property."

Watch an interview with Harmon, AFTER THE JUMP…