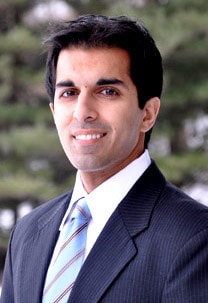 Maryland House Del. Sam Arora (D-Montgomery County) came under heavy criticism yesterday when he announced he would vote "no" on sending the state's proposed marriage bill to a full vote.

All the lobbying and pressure appear to have worked, because Arora sent a letter to supporters today saying that he will indeed vote "yes" on sending the bill to both the floor and Gov. Martin O'Malley:

I have heard from constituents, friends, and advocates from across the spectrum of views and have thought about the issue of same-sex marriage extensively. I understand their concern—this is a very serious issue, and one that many people feel passionately about. As the vote drew nearer, I wrestled with this issue in a way I never had before, which led me to realize that I had some concerns about the bill.

It's more than appropriate: considering Arora raised massive amounts of money from LGBT constituents, and is the bill's co-sponsor, this vote is truly the only way he could go to both save his career and stick to his word.