For the first time, the United States will call on the United Nations human rights branch to take direct action to combat discrimination against LGBT people around the world, the AP reports: 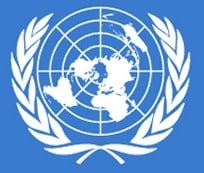 The U.S. declaration will be made Tuesday at the Geneva-based Human Rights Council and has the support of more than 80 countries. Although it is not in the form of binding resolution, the American push for U.N. action has helped win over a handful of new countries to the cause. A resolution could be brought to a vote later this year.

The U.S. document calls for nations to end any criminal punishments against lesbians, gays and bisexuals, and asks the global body to review how governments treat them in the U.N.'s human rights assessments. It acknowledges that "these are sensitive issues for many," but insists that people must be freed from discrimination because of their sexual orientation.

Said Suzanne Nossel, deputy assistant secretary of state for international organizations: "We are very concerned that individuals continue to be killed, arrested and harassed around the world because of their sexual orientation or gender identity. This statement sends a strong message from across the globe that such abuses should not be tolerated."

Under the Bush administration, the U.S. policy was markedly different. The administration didn't support a French resolution at the U.N. General Assembly in 2008 that addressed similar concerns, joining Russia, China, the Vatican and Islamic states in opposition. The U.S. explained its position at the time in technical terms, saying it was fearful of language that would infringe on the right of American states to legislate matters such as gay marriage.

In December, even the Obama administration held back from voting for a U.N. resolution condemning killings of vulnerable people around the world after specifically proposing an amendment to protect people based on their sexual orientation. At issue was a separate, arcane legal dispute over international human rights law.