Last weekend, Steve posted about straight rapper Lil B and his plans to title his next album I'm Gay. 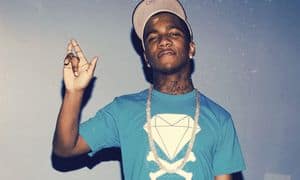 Said Lil B at Coachella: "I'm going to do the most controversial thing in hip hop…i'm gonna show you that words don't mean s**t. I'm gonna make an album called "I'm gay."

GLAAD released a statement to XXL magazine in response: "As a lyricist, Lil B knows that words matter. Slurs have the power to fuel intolerance. We hope that Lil B’s album title is not just a gimmick, and is really a sincere attempt to be an ally. He has the platform and the voice. We hope he uses it in a positive way."

Now Lil B tells MTV News that he is serious:

"I got major love for the gay and lesbian community, and I just want to push less separation and that's why I'm doing it.I hope GLAAD sees that I'm taking initial steps to break barriers."

He also said that he has been receiving death threats since he made the announcement:

"People been hitting me up like, 'I'm gonna bash your head in,' 'you f—-t,' 'I'm gonna kill you.'…I'm not gonna stop and I'm not scared of anybody on earth. That's why I [titled the album I'm Gay] and nobody gonna stop me."

Listen to part of the interview, AFTER THE JUMP…