In 2008, Uruguay became the first country in Latin America to legalize same-sex civil unions. Now it appears as if marriage equality could possibly be introduced into that country by the end of the year. 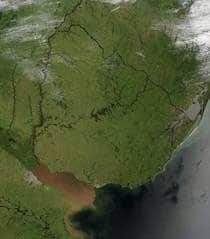 According to the Chilean newspaper El Mercurio, legislators in Uruguay have introduced a marriage equality bill. The bill has a good chance of passing because the liberal Frente Amplio party controls both houses of the legislature.

The bill’s author, Rep. Sebastián Sabini, explained the strategy to pass the law. “We do not focus so much on the issue of gay marriage but of equal marriage regardless of sex, gender or religion,” Sabini said. Laws that refer to “husband and wife” would change to “spouses” or “conjugal partner.”

If one spouse in a relationship had biological children, the law would give the non-biological partner the same rights and responsibilities in caring for the child.

Supporters said they hoped the law would be passed by both the Chamber of Deputies and the Senate by the end of the year.