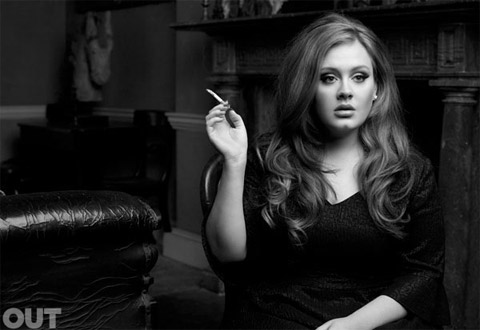 Self-acceptance is a theme that runs through much of pop music today, Adele's included. 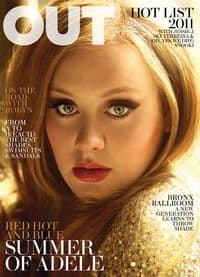 She tells OUT magazine's Aaron Hicklin in a new cover story:

“I get a lot of mail from people who tell me that I make them really happy to be themselves, and really comfortable with who they are, which I love,” she says. “I would hate it if someone was, like, ‘I wish I was you’ because I’m as insecure about myself as the next person.” In what way? “Just that I’m not good enough — in my music, in my relationships, and that I’m never going to be brave enough to tell someone how I feel.” It’s an illuminating admission for someone whose songs speak so plainly and powerfully, but for Adele, as perhaps for her audience, songs are capable of scaling mountains beyond the limits of regular speech. A few nights earlier, in Brussels, a young gay kid thanked her for giving him the strength to come out. “He fancied someone at school, but he wasn’t out. And he listened to ‘Someone Like You’ and came out to his best friend and then to the boy he fancied, and it turned out that he was gay as well, and now they’re together — he’s like 15. I had to leave so I didn’t burst into tears.”

Adele Lady Sings the Blues [OUT]