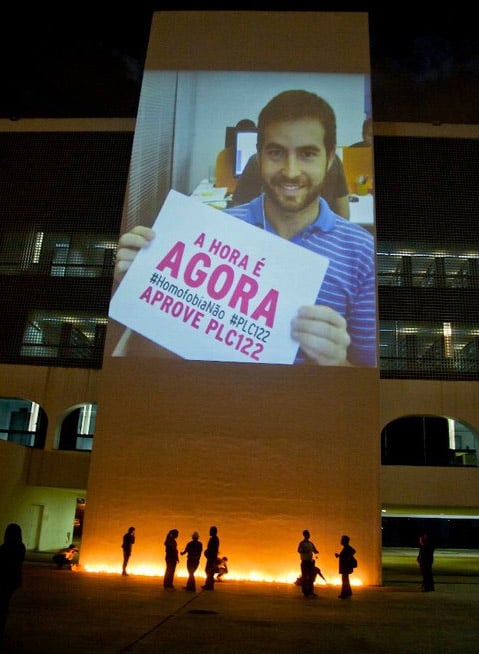 Activist group All Out held a photo campaign that resulted in over 200 photos received from around the world that were projected yesterday at a vigil to mark the International Day Against Homophobia and Transphobia.

The visual collage, designed by projectionist Gaspare di Caro, was projected against the National Library in Brasilia, above rows of candles lit in memory of more than 260 LGBT people who were murdered in Brazil last year.

Check out a gallery of beautiful photos shot by Alexandra Martins on Facebook.

Additionally, in a collaboration between All Out and Avaaz, a petition with more than 100,000 signatures was delivered to the Brazilian senate in support of an anti-homophobia bill being considered there. 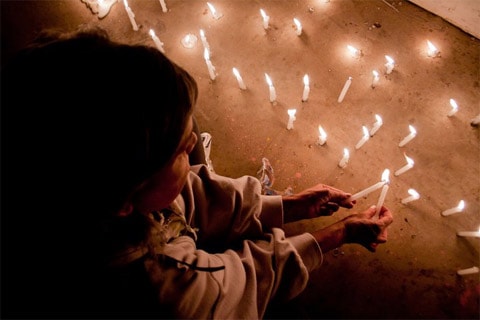 Previous Post: « Not Self, But Country: The Navy’s Leadership
Next Post: Watch: AFA’s Bryan Fischer Says Gays are Nazis, and Soldiers Will be Locked Up and Brainwashed to Support ‘Sexual Deviancy’ »