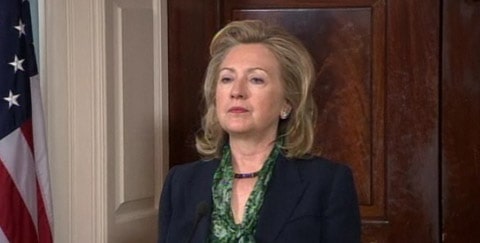 Secretary of State Hillary Clinton made a statement a short time ago on the news of the death of Osama bin Laden.

Said Clinton: "Our message to the Taliban remains the same. You cannot wait us out. You cannot defeat us. But you can make the choice to abandon al Qaeda and participate in a peaceful political process."