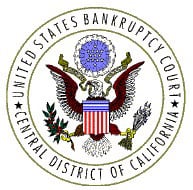 On June 13 in Los Angeles, twenty bankruptcy court judges signed onto a decision declaring that insofar as Section 3 of the Defense of Marriage Act (DOMA) bars legally married same-sex couples from jointly filing for bankruptcy under Chapter 13 of the Bankruptcy Code, DOMA is unconstitutional. It was a remarkable, landmark and unprecedented decision based almost entirely on President Obama's stated view that state action that discriminates on the basis of sexual orientation deserves heightened scrutiny and that DOMA, as an example of such discrimination, fails that test. It was also a reminder that gay people, like everyone else, have suffered since the economic collapse of 2008; that gay people, like everyone else, need the protections of the Bankruptcy Code; and that gay people, like everyone else, should have access to marriage. It was another slice off the weakening armor around DOMA, a law that appears to be dying a "death from a thousand cuts."

Gene Balas and Carlos Morales were legally married in California in 2008, in that brief blissful moment before Prop 8 made a mockery of the institution of marriage. On February 24 — one day after President Obama stated his belief that DOMA is unconstitutional and after dealing with serious illnesses and lack of employment that made them unable to pay their bills — the couple filed a joint petition for bankruptcy protection under Chapter 13 of the Bankruptcy Code. The Bankruptcy Code permits any individual and his or her spouse to file a joint application.

The trustee's office — a fancy name for that part of the government that oversees bankruptcy cases in the courts — sought dismissal of the petition, arguing that federal bankruptcy law did not apply to married same-sex spouses because of DOMA. The House Bipartisan Legal Advisory Group — another fancy name for the Republican-dominated House that is defending DOMA instead of the Obama Administration — was granted a continuance to consider whether to intervene. House Republicans never did step in, which was something the bankrupcty judge found "noteworthy."

In any event, the bankruptcy court went through the test for heightened scrutiny, finding that sexual orientation is immutable, that gay people suffer discrimination, that gays face significant political obstacles to alleviating discrimination at the ballot box, that one's sexual orientation is irrelevant to one's ability to contribute to society and even took to heart the notion that treating gay couples differently than opposite-sex couples is a form of gender discrimination. That last argument, though eminently reasonable to many of us, has been accepted by precious few courts and explicitly rejected by various federal appellate courts. The court also found no rational basis for DOMA.

Judge Donovan, the opinion's author, took a shot directly at Congress for passing DOMA in the first place, stating that "[a]lthough individual members of Congress have every right to express their views and the views of their constituents with respect to their religious beliefs and principles and their personal standards of who may marry whom, this court cannot conclude that Congress is entitled to solemnize such views in the laws of this nation in disregard of the views, legal status and living arrangements of a significant segment of our citizenry that includes the debtors in this case."

This is an important decision. Even though bankruptcy judges sit pretty low on the totem poll of federal precedent, this decision, especially given its 20 co-signers, could persuade bankruptcy judges in every other jurisdiction where same-sex marriage is legal.

Most commentators have placed this decision in the narrative that DOMA violates the rights of same-sex individuals and couples. That is what heightened scrutiny is all about — namely, making sure that when the state is fiddling around with discrimination against certain groups, it does so only for very good reasons. But, perhaps more notable is the bankruptcy judge's reminder that our quest for marriage rights is not simply an issue of "rights," but a matter of the virtue of marriage itself.

The court quoted Justice Douglas's homage to marriage from Griswold v. Connecticut, where the liberal lion of the Court noted that "[w]e deal with a right of privacy older than the Bill of Rights — older than our political parties, older than our school system. Marriage is a coming together for better or for worse, hopefully enduring, and intimate to the degree of being sacred. It is an association that promotes a way of life, not causes; a harmony in living, not in political faiths; a bilateral loyalty, not commercial or social projects. Yet it is an association for as noble a purpose as any involved in our prior decisions."

No truer words have ever been spoken. Marriage is dishonored when the state bars an entire class of persons from it for any reason, but especially for reasons that are irrational; their right to it is almost secondary to the importance of the institution itself.

This decision is not only another nail in DOMA's coffin, but it asks us to consider our rhetoric as we advocate on behalf of same-sex marriage. Are we simply asking for rights or are we also asking Congress — or, this week, the New York State Senate — to honor the institution of marriage by allowing gays to take part? This question may strike some as esoteric or even a little heretical, but how we make our arguments in court and in the court of public opinion matters.

If we stick to notions of "equality" and "rights," all of which are true, we run up against conflicting rights of others and the problem posed by domestic partnerships and civil unions as so-called compromises. After all, New York Republicans' quest for religious exemptions and protections is really one part of a debate over the rights of religious institutions. But, if we remind our conservative opponents that the debate over same-sex marriage is also about honoring the institution of marriage itself, thus speaking in language to which conservatives can relate, we may find it easier to get that extra vote and move beyond the sticking points that are holding up marriage in New York right now.