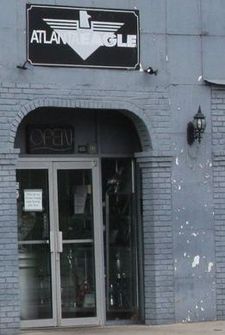 Back in 2009, the Atlanta Police Department raided a local gay bar, The Eagle, resulting in massive protests and a huge lawsuit that cost the city $1 million.

Now, almost two years later, the APD has fired six police officers for lying about what went down that fateful night:

A team of lawyers conducted an investigation into the incident and released a report last month saying that at least 10 officers lied and many deleted data from cell phones to hide their actions during the September 2009 raid.

Two other officers accused of lying had already been dismissed as a result of an unrelated internal investigation, Campos said, and Chief George Turner ordered that the charges against two others be withdrawn because there wasn't enough evidence they lied.

Nine other officers have been reprimanded for misconduct and three others have disciplinary hearing set for next week.

Justice doesn't always move fast, but at least it can make a bit of progress.