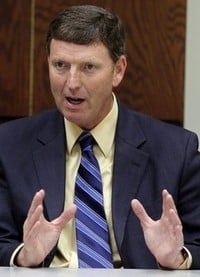 In addition to all the homophobic language, it also included a section that suggested black families were better off during slave days.

As Jason Linkins at the Huffington Post reports, however, the Family Leader has now removed that segment.

I suppose that's what conservatives mean when they say they have "common sense."