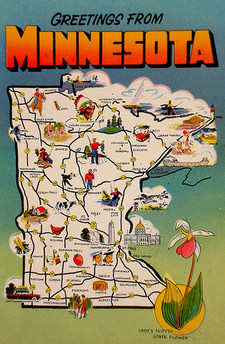 As they're wont to do, the homophobic National Organization for Marriage filed a request to keep their donor list secret in Minnesota, where they're currently fighting to ban marriage equality forever and ever.

Unfortunately for them, though good for LGBT allies, the Minnesota Campaign Finance and Public Disclosure Board gave them a big, fat "No."

Tom Prichard, president of the Minnesota Family Council, argued that if donors are disclosed it "would have a significant chilling effect on free speech. Even in Minnesota already it's gotten heated in some respects."

"The concern is harassment, property damage, a chilling effect. If I know I have to disclose my name, I'm not going to get involved with the Minnesota Family Council," Prichard told the board.

The campaign board disagreed, and in a 5-1 vote ruled Thursday that corporations that give over $5,000 to a campaign for or against a ballot measure must disclose the names of their donors who have given over $1000.

In related new, the Minnesota Independent took a closer look at who's donating to fight same-sex marriage in the Land of 10,000 Lakes, and offers readers a complete list of business men and women who use consumer cash for personal political attacks.

If you live in Minnesota and want to make responsible buying decisions, I suggest you check it out.