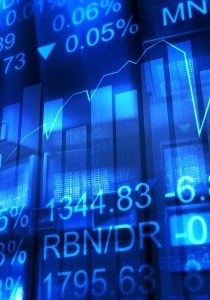 Economically speaking, the decline could raise interest rates and borrowing costs across the country, but many analysts believe the impact will be short-lived.

Wall Street Journal "Markets" reporter Kelly Evans told CBS News, "I think it's important for retail investors to keep in mind that, while there might be some short-term reaction, while we might see some disruption to money market funds, we'll get more bad news on Monday as related securities are downgraded, it's not expected to have necessarily a long-term effect."

Politically speaking, however, we can expect plenty of finger pointing from Republicans and Democrats alike. In fact, it's already begun.

"President Obama has destroyed the credit rating of the United States through his failed economic policies and his inability to control government spending by raising the debt ceiling," said the White House hopeful. Representative Bachmann also demanded that Geithner resign.

But if you read over the S&P statement, it's clear the agency blames both political parties:

The political brinksmanship of recent months highlights what we see as America's governance and policy making becoming less stable, less effective, and less predictable than what we previously believed. The statutory debt ceiling and the threat of default have become political bargaining chips in the debate over fiscal policy.

…The differences between political parties have proven to be extraordinarily difficult to bridge, and, as we see it, the resulting agreement fell well short of the comprehensive fiscal consolidation program that some proponents had envisaged until quite recently. Republicans and Democrats have only been able to agree to relatively modest savings on discretionary spending while delegating to the Select Committee decisions on more comprehensive measures.

It appears that for now, new revenues have dropped down on the menu of policy options.

Later in the document, though, the group gets more explicit about who they think shoulders most of the responsibility: "[The debt deal] contains no measures to raise taxes or otherwise enhance revenues…"

And which is the party of "no new taxes?"