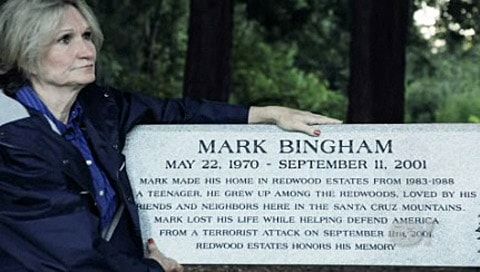 As the tenth anniversary of 9/11 approaches, Alice Hoagland reflects on the death of her son Mark Bingham, and all those aboard Flight 93 in an emotion-stirring video:

The most visible torchbearer of Bingham’s legacy is Alice Hoagland, his mother. After losing Bingham — her only child — Hoagland became a tireless advocate for issues that were important to her son. Now 61, the retired United flight attendant is a proponent of aviation safety, a spokesperson for the lesbian, gay, bisexual, and transgender community, and an avid supporter of rugby.