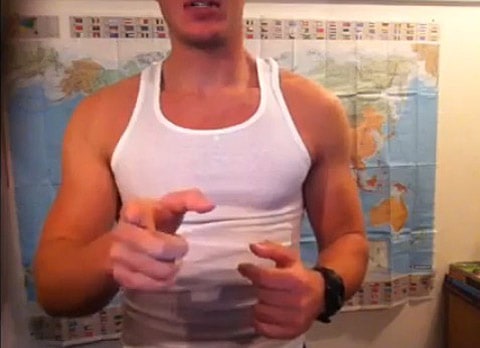 For the past few weeks, we've been following the clips of a faceless YouTube soldier's coming out story. In a new clip, the servicemember answers some questions asked of him on Twitter, offering some insight into other aspects of his personality aside from his dealings with 'DADT' repeal and coming out (you can see his previous updates in the links below).

In addition to answering all kinds of random questions, he says that he's been moved back to Germany and reveals what he's going to do on September 20 when "Don't Ask, Don't Tell" is finally history. He also tells followers if and when he'll show his face.