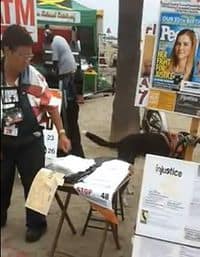 In an email blast today, the group working to repeal California's recently-passed Fair Education Act (aka the LGBT History Bill) which mandates school curriculums teach about gay history and important gay people, says it looks unlikely they will collect enough signatures to get the repeal measure on the ballot:

"The News is Not Good … it is doubtful we will get the number of signatures we need to qualify. Unfortunately the last several deliveries of mail have not been what was expected and a large number of petitions have been pulled out because of errors. From all appearances, we would need a miracle to qualify this referendum."

Anti-gay activists had been using child molestation at various stands around the state in order to scare people in signing their petitions.