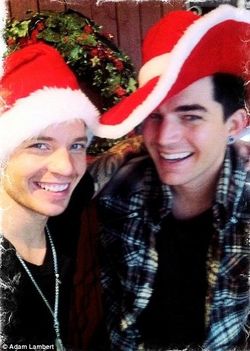 Adam Lambert and Sauli Koskinen show off their holiday spirit.

Simon Cowell shows off his fur pies in Barbados.

Newt Gingrich, Rick Perry fail to qualify for Virginia primary: "The Republican Party of Virginia announced late Friday and early Saturday that Gingrich and Perry fell short of the 10,000 signatures of registered voters required for a candidate's name to be on the ballot."

Air Jordans cause near riots as shoppers clamor for the shoes. 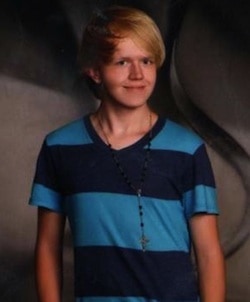 The Tennesseean takes a closer look at the suicide of gay teen Jacob Rogers: "He’d overcome an eating disorder but wrestled with drugs and alcohol, friends said. And he’d begun to deal with the adult world, encountering complications with health insurance after his 18th birthday. Some of those issues were mentioned in writings he left behind. What those writings, which officials declined to make public, did not include was any mention of bullying. 'None,' Walker said. 'Zero.' But those who believe Jacob was bullied to death have their evidence, too. And they are determined to make Jacob’s death a rallying cry to bring change to Cheatham County."

New poll shows Virginians warmer to civil unions than same-sex marriage: "Public Policy Polling’s most recent survey of Virginia’s electorate found that 53 percent of those questioned opposed legalization of same-sex marriage, while 34 percent supported it.
But 59 percent of respondents said they would be willing to accept civil unions for gay couples. Democrats (70 percent) and independents (66 percent) were more likely than Republicans (39 percent) to be in favor." 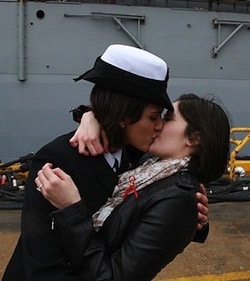 Climate change may flip 40% of Earth's ecosystems this century.