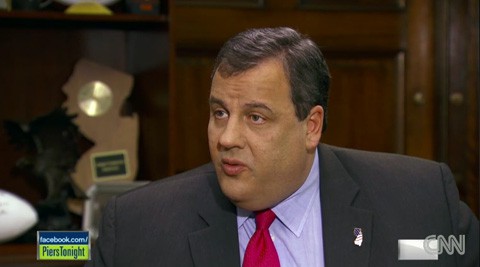 In an interview recorded before he vetoed New Jersey's marriage equality bill on Friday, Piers Morgan asked Governor Chris Christie about his position opposing marriage equality, why he's vetoing the bill, if he thinks his decision could affect his political future, and if people have the right to call him a bigot.

On whether or not his views on same-sex marriage make him a bigot, Christie adds, "It’s my belief, it’s my core belief. And I tell people that. And my friends, whether they be homosexual or not, they know me and they know I’m not bigoted.”