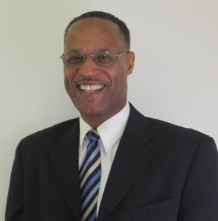 When goodhearted mayors across the country signed their names to the Mayors For Freedom petition in support of marriage equality, Kevin Johnson (pictured at bottom right), the First Ward City Councilman in Portsmouth, OH, wrote a very kind and well-reasoned letter to Mayor David Malone (pictured at right) asking him to do likewise. According to the Portsmouth Daily Times:

Johnson stated in his correspondence to Malone, “As you are probably aware, when I ran for Council in 2009, certain elements in our community suggested that I would bring a 'San Francisco gay agenda' to the forefront of my legislative goals. And, as you are most definitely aware, such has not been the case. I have not once suggested any legislation in support of, nor have I encouraged any elected official to support, any gay cause, issue or proposition. Until now.

… “Though this issue no longer affects me directly, given that my partner of over 30 years, Paul Eugene Johnson, passed away nearly three years ago, I firmly believe this issue will 1) not go away, and 2) will succeed in municipalities and states that seek and thrive upon economic and social diversity. In the areas of business and education, equal rights for gay and lesbian persons has become critical to success … [F]or municipalities and states that have extended equal rights provisions, the benefits to individuals and the local economies have long been documented. Our educated young entrepreneurs and skilled workers find they thrive in equality environments; and tend to choose where to live and work based upon the perceived “equality” factor of an area — which, for example, both Cleveland and Columbus have recognized — to their economic benefit.

“Keeping this response very short and to the point,” Malone wrote. “Being that I am a minister of the Gospel and the BIBLE emphatically forbids such, there is absolutely no way that I will support this. Although this is your preferred lifestyle, I have the utmost respect for you as a person and the things you do for the city, I cannot support what God calls an abomination.

To which Councilman Johnson responded: 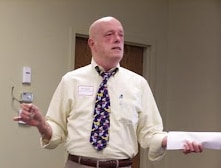 I decided that I should let my anger at your February 8 response abate before responding. ‘Preferred lifestyle’ my butt! Being homosexual is not a lifestyle as any reading of the subject matter will show. I had written to Mayor Malone but it seems I received a response from the Right Reverend Malone. And I immediately thought of Christ’s admonition to “render under Caesar…;” an admonition concerning responsibilities to the “state” as opposed to those to God …

… there are many who oppose marriage between same-sex couples for various reasons. I can understand that. Paul and I long had difficulty with it after examining the disasters of so many heterosexual marriages made us suspect there is a curse upon the institution. However, for an elected official to be opposed to this or any other issue based upon their preferred book of religion, be it the Bible, Book of Mormon, Koran, Torah or the Vedas, begs credulity. But I suppose one must be thankful that our Mayor is not an orthodox, theological Shiite or Sunni Muslim.

It's a good reply, but I suspect Mayor Malone will not understand it. Especially the point at the end. "Sunni Muslim?" Malone will think. "Well, of course we're lucky I'm not a Sunni Muslim! That's the wrong religion. A Sunni mayor would be a disaster!"

Not incidentally, a brief look around the mayor's webpage on Portsmouth's municipal website reveals no evidence of Malone's theocratic bent. On it, Mayor Malone promises to construct his administration on the pillars of "WISDOM," "HOPE," "DIRECTION," and "COMPASSION" (and, we may learn by inference, the expression of sincerity by the willful abuse of caps lock). Malone even promises to bring radical, progressive change to Portsmouth:

Change is threatening to the status quo! It is my lot to change the culture and the thinking of those who maintain that forward thinking and positive movement cannot be attained. I understand that cultures do not die; they are replaced. It takes a culture to replace one.

Nowhere on the whole page does mention the Bible.

Previous Post: « El Paso Officials Will Not Be Recalled For Giving Benefits To Same-Sex Couples
Next Post: CBS On Homeless LGBT Teens: VIDEO »