From the folks at The Onion: 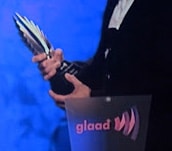 Seeking to honor filmmakers for fair and inclusive portrayals of the LGBT community, the Gay and Lesbian Alliance Against Defamation announced Sunday the establishment of a prestigious new prize to be awarded to any mainstream motion picture that gets even one thing right about being gay.

"We're not asking for a two-hour-long pitch-perfect exploration of the gay and lesbian experience—just a single accurate, believable detail that feels in any way telling or true-to-life," said GLAAD spokesperson Cheryl Weingardt, who promised a major cash prize and high-profile award ceremony to any Hollywood director able to deliver a film—any film at all—that includes a brief on-screen moment in which a gay character seems even somewhat authentic.

"It can be a line of convincing dialogue, an emotionally honest reaction shot. All we ask is that you have someone gay in the frame for a couple seconds without it being completely insulting to the audience's intelligence."

Previous Post: « Towleroad Guide to the Tube #1071
Next Post: Rio de Janeiro and Carnival, in a Tilt-Shift Time-Lapse: VIDEO »