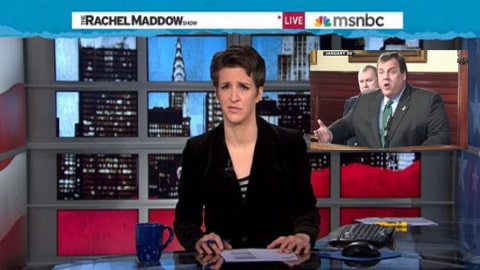 "Whatever Christie meant to say about civil rights, what he has decided to do today in New Jersey is to veto a civil rights bill passed by the legislature, and put it up for a majority vote instead. Rights be damned."

In related news, Christie has the bill: "Assembly spokesman Tom Hester says the bill was delivered to Christie’s office by the Assembly clerk’s office Friday morning…"