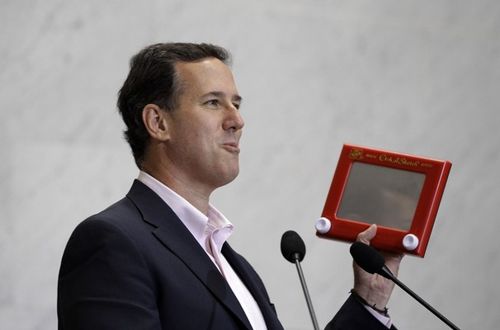 With around 60% of the vote in, Santorum held a nearly 2-1 lead over front-runner Mitt Romney. Former House Speaker Newt Gingrich had 19% of the vote and Texas Rep. Ron Paul had 6%.

Santorum's win was his fourth in the South, where front-runner Mitt Romney has not been able to connect with conservative voters in the region.

"Santorum can't just win, he has to win big. He's the one who needs to shake up this race. Another ho-hum win in the South doesn't cut it. He's on a political bridge to nowhere and is running out of time to change destinations," said Bruce Haynes, a GOP strategist and managing partner of Purple Strategies, a bipartisan public affairs consulting firm, last week.

Watch his victory speech AFTER THE JUMP …

If you haven't yet, why not sign the petition to get Alan Turing on the £10 note?

"It Gets Better" in Denmark.

New species of hominid may have been unearthed in China:

The bones—a partial skull, skull cap, jaws and teeth—came from Longlin Cave in Guangxi Province and Malu Cave inYunnan Province, and date to  11,500 to 14,300 years ago. In comparing the Chinese bones with those of recent humans, H. sapiens living during the Pleistocene, Neanderthals and Homo erectus, the researchers concluded the Chinese fossils have a unique mix of modern features and traits rarely, if ever, seen in recent and Pleistocene humans, such as a very broad face and a protruding jaw. 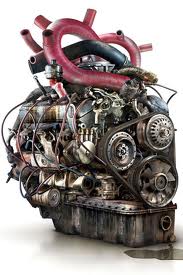 Will shutting down the "adult" section of BackPage.com curb child sex trafficking? Of course not.

James Cameron will soon make the deepest-ever manned submarine dive into the most forbidding reaches of the Marianis Trench. His submarine, Deepsea Challenger, has successfully completed its first unmanned test-dive, descending nearly seven miles into the sea.

The Best Longform Journalism: Obituaries. This is a collection of obituaries, alternately horrifying, hilarious, and beautiful. One is an auto-obituary by Derek K. Miller, published to his blog shortly after his death from colorectal cancer:

The world, indeed the whole universe, is a beautiful, astonishing, wondrous place. There is always more to find out. I don't look back and regret anything, and I hope my family can find a way to do the same.

What is true is that I loved them. Lauren and Marina, as you mature and become yourselves over the years, know that I loved you and did my best to be a good father.

Previous Post: « Towleroad Honored as ‘Outstanding Blog’ at GLAAD Media Awards
Next Post: How Big Are You? »