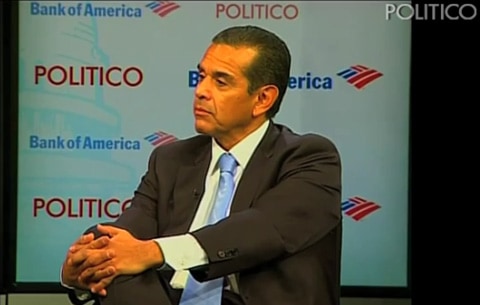 Los Angeles Mayor Antonio Villaraigosa, the chair of the 2012 Democratic National Convention, expressed his support for a marriage equality plank in the party platform in an interview with Politico.

Said Villaraigosa: “I do, I think it’s basic to who we are. I believe in family values and I believe that we all ought to be able to have a family and marry if you want to. I don’t think the government should be in that business of denying people the fundamental right to marry.”

Watch Villaraigosa discuss the marriage equality plank, AFTER THE JUMP…

At least 18 senators have expressed support for adding marriage equality to the platform. Freedom to Marry launched a campaign to that end last month.