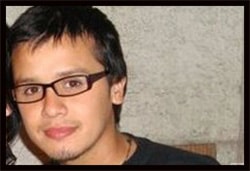 Seven years after first being proposed, and only a week after gay man Daniel Zamudio died from injuries sustained during an attack by four neo-Nazis, Chile's House yesterday passed anti-discrimination legislation that includes gay people.

The nation's Senate, the Washington Post reports, approved the bill last November. President Sebastian Pinera, a supporter of the law, will sign the legislation after a few more wrinkles are worked out.

The House of Deputies approved the law in a close 58-56 vote, seven years after it was first proposed. The Senate passed the law in November. Some passages remain to be finalized in a commission of senators and House lawmakers.
…
After Zamudio died last week, the U.N. High Commissioner for Human Rights called for Chile to pass new laws against hate crimes and discrimination.

Some Protestant churches had opposed the anti-discrimination law, saying it could be a first step toward gay marriage, which Chile forbids and which is not explicitly included in the measure. The Roman Catholic Church also expressed some concerns about the law.

The law describes as illegal discrimination “any distinction, exclusion or restriction that lacks reasonable justification, committed by agents of the state or individuals, and that causes the deprivation, disturbance or threatens the legitimate exercise of fundamental rights.”

It's too bad it took Zamudio's brutal beating to finally get this law moving again, but at least his death was not in vain.

Previous Post: « CA Principal Ejects Gay Student from High School Pageant for Saying He Wants to Get Married
Next Post: No ‘Clobber Passages’ At Gay-Inclusive Church »