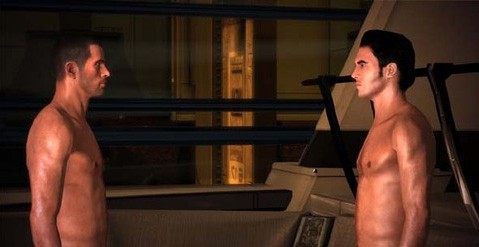 Video game maker Electronic Arts caused a bigger stir than they anticipated by including same-sex characters in their most recent Star Wars game and Mass Effect 3. Anti-gay activist Tony Perkins from the Family Research Council claimed "the biggest threat to the empire may be homosexual activists," and EA says they've received thousands of hate letters decrying their decision.

Company Vice President of communications Jeff Brown, however, says they refuse to back down — and weren't, contrary to right wing opinion, pressured by gay activists.

"Every one of EA's games includes ESRB content descriptors so it's hard to believe anyone is surprised by the content. This isn't about protecting children, it's about political harassment," he told GamesIndustry International. "EA has not been pressured by any groups to include LGBT characters in our games. However, we have met with LBGT groups and sponsored industry forums to discuss content and harassment of players in online forums. In short, we do put options for same-sex relationships in our games; we don't tolerate hate speech on our forums." He also says most of the letters are coming from the Florida Family Association.

Matt Kane from GLAAD compared EA's refusal to negotiate with the right to Starbucks' work against activists who protest their gay inclusion and the Million Moms movement who support JC Penney's hiring Ellen DeGeneres.

"Anti-LGBT campaigns are falling into a pretty consistent pattern these days, in which messages of hate directed at our allies are met with an overwhelming outpouring of support for our allies in response," Kane noted. "Following Starbucks' announcing public support for marriage equality, 25,000 people signed a "Dump Starbucks" campaign, which in turn inspired more than 600,000 people to sign on to a "Thank Starbucks" campaign.

He continued, "The group 'One Million Moms' tried to have Ellen Degeneres fired from her role as a spokesperson for JC Penny, but the public expressions of support JC Penny received following the Stand Up for Ellen campaign were so numerous that 'One Million Moms' announced they would be 'moving on to other things.' Trying to rally Americans around messages rooted in hate is a losing proposition."

When will the right learn that lesson? Probably not before finding themselves getting swept into history's figurative dustbin.