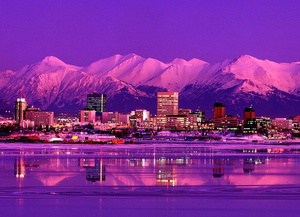 With thousands of ballots yet to be tallied, shortages across the city and allegations of voter fraud on the part of opponents, the battle continues to rage over Anchorage's Proposition 5, an allegedly failed ordinance that includes LGBT people in discrimination legislation. And now the ACLU may be getting involved, The Sun News reports.

The American Civil Liberties Union of Alaska also is looking into voter concerns and has established a hot line, 263-2015, for people to call in with issues.

The ACLU is gathering information to determine whether it needs to take action, said executive director Jeffrey Mittman, a supporter of the gay-rights measure, which failed.

"We want to be aware of whether there were irregularities to the extent that voters were disenfranchised," he said.

Anchorage officials have launched their own investigation, but aren't looking into claims of fraud. They're simply focussing on whether there were ballot shortages and why.

For its part, Prop 5 advocacy group One Anchorage said, "While the vote totals released to date indicate that Prop 5 did not receive sufficient votes to become law, we know our long-term journey towards full equality for lesbian, gay, bisexual and transgender Alaskans will one day — and soon — become a reality."

"We understand that there are thousands of ballots that have not yet even been counted, and additionally that Anchorage voters have expressed concerns with the conduct of the election."

Previous Post: « Electronic Arts Will Not Give In to Anti-Gay Protests
Next Post: The Political Battle Over ‘Marvelous’ Has Begun: VIDEO »