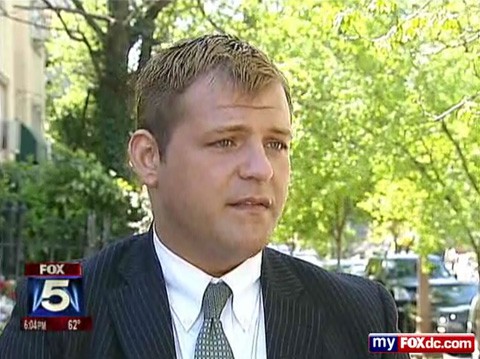 Peter TerVeer, who was hired as a temporary employee at the Library of Congress' office of inspector general in 2008 and promoted several levels before being fired, says he was fired for his job after he disclosed that he is gay.

"[I was] hired and subsequently promoted to a [GS] 9," said TerVeer. "And then to an 11. And got my in-grade [pay] increases, then things turned sour."

Sour, says TerVeer, when he disclosed that he is gay. In an affidavit in support of a complaint to the Equal Employment Opportunity Commission, TerVeer says his immediate supervisor created a hostile work environment by disparaging both his homosexuality and his religious beliefs.

"My personal perspective as to having my religious beliefs is that homosexuality is not a sin. And that was not the case up there," said VerTeer gesturing toward the location of his old office.

FOX 5 has obtained what appear to be emails from that supervisor. In one of them, the supervisor writes to his employee that "He [meaning Jesus] prohibited sexual immorality including homosexuality…."

Watch FOX5's report, AFTER THE JUMP…