When the Equal Employment Opportunity Commission (EEOC) stated that gender-identity discrimination is banned under Title VII's prohibition of "discrimination on the basis of sex," my friends' and acquaintances' Facebook and Twitter updates varied among the congratulatory ("Good work," directed at Tico Almeida), thankful ("Thank you Chai," directed at EEOC Commissioner Chai Feldblum), irrelevant ("The Shahs of Sunset is a crazy show"), bitter ("How did this happen before sexual orientation discrimination?"), shock ("This is so HUGE" or "It's a real game changer!"), and casual detachment ("It's basically been the law for some time"). 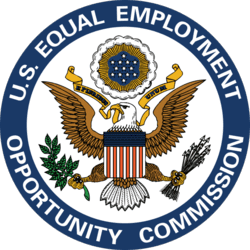 Inside this quick tour through human emotion are two seemingly incompatible reactions — shock and casual detachment — that actually describe the impact this EEOC statement had on the state of employment discrimination law. On the one hand, the argument for shock is simple: never before have the executive branch, Congress, or the federal courts explicitly stated that transgender persons are protected against employment discrimination. And, in a world where the transgender community is the subject of ridicule and often forgotten by its allies, that is no small feat. On the other hand, the legal context made this decision possible: the plain language of Title VII should protect transgender Americans and federal case law has been trending in that direction for decades.

The bitter reaction struck me like a Katniss Everdeen arrow to my heart. [AEW Note: Read The Hunger Games].

Gay persons have been fighting tooth and nail for protections against employment discrimination and loud grumblings persist that Congress failed to pass the Employment Non-Discrimination Act (ENDA) because certain lobbying groups insisted on including protections for transgender employees. That kind of talk is, at best, incorrect, and, at worst, hateful. But, the EEOC's recent decision demands that we revisit the following question: If Title VII protects transgender persons from employment discrimination, does it also protect gays? The legal argument for transgender protections is much neater than its gay counterpart.

Title VII bans workplace discrimination on the basis of sex, but it was the EEOC's official interpretation of the law that ensured that both quid pro quo ("If you don't have sex with me, you're fired") and hostile environment (creating an intolerable sex-based atmosphere at work that is discriminatory against the opposite sex) harassment were unlawful. Both forms of harassment would not occur but for the victim's sex — a heterosexual male boss demands sex from a female employee, not her male counterpart; a misogynist makes comments about sexual conquests of women to harass a woman, not a man. 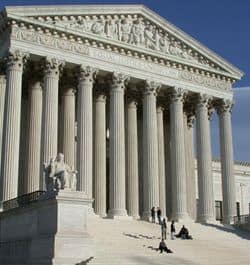 Then, it was the Supreme Court that affirmed the EEOC's position (Meritor Savings Bank v. Vinson) and said that Title VII also bans discrimination based on gender nonconformity (Hopkins v. PriceWaterhouse) and harassment between members of the same sex (Oncale v. Sundowner). It was also the Court that nailed down the precise standard for hostile environment harassment claims: the harassment must be severe or pervasive enough to create an environment that a reasonable person would find hostile or abusive and also is subjectively perceived by the alleged victim to be abusive (Harris v. Forklift Systems). Both the EEOC and the Supreme Court, then, played an essential role in developing Title VII into the success that it is today.

Congress did not have gender identity or sexual orientation on its mind when it inserted "sex" into the Civil Rights Act, but the step from "on the basis of sex" to gender identity and transgender discrimination is tiny and logical. Women are often discriminated against in the workplace because they are women, i.e., not men: heterosexual bosses ask women for sexual favors in exchange for promotions because the victims are women, not men; male coworkers harass their female peers by objectifying women because women, not men, are sexual objects.

Gays usually face employment discrimination in two ways: because of gender nonconformity and because of their sexual orientation. As you might already be able to conclude, discrimination because of gender nonconformity is banned under Title VII. A gay man cannot be fired, or denied promotion, or otherwise burdened in the workplace specifically and only because he lisps, speaks in a lilting or feminine tone, has a bubbly personality, does not like to play softball or drink beer with his co-workers, or acts according to any other stereotype of an effeminate man.

This should make sense: any discrimination is based on the employer's expectation of how a man should act and, when the employee does not act in that way and is hurt because of it, he is being discriminated against because he is a gender nonconforming man. If a woman acted that way, no one would bat an eyelash. That is discrimination on the basis of sex and, therefore, prohibited by Title VII. Notably, an employer can take action against him if there are legitimate failings not related to the employee's gender nonconformity.

Discrimination on the basis of sexual orientation differs in that the discrimination is triggered because the employee is gay, not straight, as opposed to female, not male. If the employee comes out as gay, brings a same-sex partner to a work function, or speaks at a gay rights rally as an out gay person and is fired for any one of those reasons, he is burdened because of his orientation, not his sex or gender. That is, both gay men and lesbians would be treated in the same discriminatory way.

But, as a minority of federal courts have said, sexual orientation discrimination is a form of sex discrimination. Consider the arguments made during the first generation of gay marriage cases: Refusals to grant marriages licenses to a gay male couple is sex discrimination because if one of the partners was a woman, they could get married. Similarly, if an employee is fired or not promoted because he brought his boyfriend to a work celebration, he is being discriminated against because he is a man bringing his date rather than a woman bringing the same date. Or, if a woman comes out as a lover of women and fired because of it, she is pink-slipped where a man who loves women would not be. That is discrimination on the basis of sex. However, this line of reasoning, though not impotent, has never gained traction in a majority of the federal courts.

Title VII's ban on sex discrimination was never meant to be especially broad: the discrimination has to be rather obvious or pretty severe and pervasive. But, the law has been expanded from its original narrow meaning by the EEOC and even a conservative federal judiciary, and therefore, the argument that Title VII was never meant to encompass antigay workplace discrimination is useless. The story is still not that simple. Expanding any statute beyond its original meaning should always give us pause, but even if it does not, sex, gender, and sexual orientation are different anthropological concepts that may overlap, but are not identical. Harassment and discrimination on any of those bases sometimes take on different language, means, and implications, and it is not so clear that a single law can encompass them all. We may need an ENDA after all.