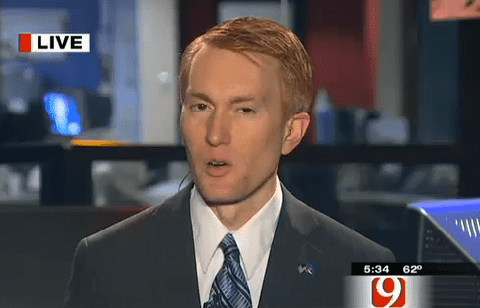 Oklahoma Rep. James Lankford appeared on his local news last night to hit back at Think Progress for reprinting his comments that gay people do not deserve workplace protections.

According to Lankford, he said nothing of the sort. Rather, he simply believes homosexuality is a choice is that “private behavior” does not warrant “special protections.” The entire encounter with TP, he says, was an example of “ambush journalism” and an extension of President Obama’s pro-gay marriage agenda.

Watch Lankford’s followup, AFTER THE JUMP….