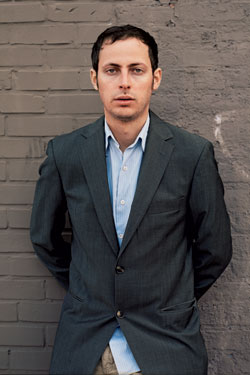 Nate Silver, the baseball-statistician-wunderkind turned nation's-premier-psephologist, has crunched the numbers on North Carolina's Amendment One. Those numbers are ugly.

Most recent polls show that voters are likely to approve the ban on same-sex marriages and civil unions, although results differ substantially from survey to survey because of the wording of their questions.

The most recent poll was conducted by Civitas Institute, a conservative think tank whose poll results have generally shown little partisan bias in the past. That survey polled Democratic and Republican primary voters separately, but projected that the measure would win by 16 percentage points when it combined the results.

An April poll by Public Policy Polling, which conducts polling for Democratic clients but whose surveys also have a track record of nonpartisanship, had the measure prevailing by 14 points.

Both the Civitas and Public Policy Polling surveys directly read the text of the amendment to the voters they were polling.

… but, Silver notes, polls in which the amendment is explained to voters don't show it doing nearly so well, as most North Carolinians are opposed to any amendment which bans civil unions along with marriage — a aspect of the amendment which is obscured by its weasely wording. Unfortunately, voting is Tuesday. Not much time remains to explain to voters what they might be voting for.

Silver proceeds to use two of his famously accurate statistical models to project the results of Tuesday's vote:

One version of the model, which recognizes the increasing support for same-sex marriage over time but treats the increase as slow and linear, projects that the North Carolina amendment will pass by 19 points.

… another version of the model, which treats the support for same-sex marriage as increasing at a faster rate because of the particularly sharp increase in support for same-sex marriage in national polls in the past three years, sees the outcome as closer. That version of the model projects the amendment to pass by seven percentage points, which would make it a clear but not overwhelming favorite, since there is uncertainty inherent to statistical modelling given the idiosyncrasies of each state.