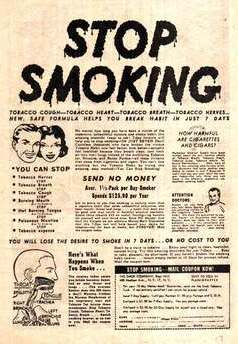 A team led by Dr. Ronald G. Crystal, chairman and professor of Genetic Medicine at Weill Cornell Medical College in the Big Apple, have tested a vaccine that protects the brain from nicotine.

Much like vaccines for diseases that create antibodies to fight infection, the vaccine creates antibodies against nicotine. However, previous attempts at similar vaccines have failed because within a few weeks the antibodies are gone, which won't exactly help people stay smoke-free.

Crystal's team developed a vaccine that contains a virus consisting of a genetic sequence they engineered from a nicotine antibody, and injected it into the liver of mice. The injection genetically modifies the liver to churn out nicotine antibodies, along with other cells it typically makes, thus providing a nicotine antibody "factory" in the body…

The antibodies then work by targeting the nicotine cells within seconds of exposure and preventing them from reaching receptors in the brain that provide the "chill out" feeling, as Crystal called it.

The vaccine, which Crystal says could be tested on humans within a few years, would most likely be a preventative measure. Using it while trying to quit would, in essence, be like quitting cold turkey, and who needs a shot for that?