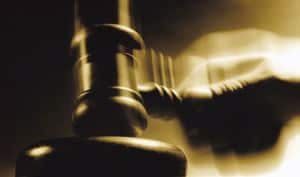 Andrew Belonsky reported on Thursday that New York courts will no longer consider it "slanderous" to falsely accuse someone of being gay.

The story Andrew linked to didn't go into detail on the ruling — who had been accused of what, when, or why. But it turns out Towleroad has covered this before.

The situation was this: Four years ago, Jean Mincolla of upstate New York falsely accused told Mark Yonaty of being a closeted gay man. She said this, it seems, because she wanted Yonaty's girlfriend to break up with him — possibly because Mincolla wanted Mr. Yonaty for herself. Ms. Mincolla told her lie to Ruthanne Kaufman, who repeated it to the mother of Yonaty's girlfriend, who then broke up with Mr. Yonaty, just as Ms. Mincolla had hoped.

This probably doesn't say much for the integrity of Mr. Yonaty's relationship, but never mind — Mr. Yonaty was aggrieved, and sued Ms. Mincolla. A judge decided the case in 2009, and another reaffirmed it in 2011, when Andy first reported the story. Mark Yonaty had indeed been slandered.

As Andrew explained Thursday, a "mid-level appeals court" has now reversed that decision, citing shifting public perceptions of gayness. It now seems Mr. Yonaty was not slandered by Ms. Mincolla, because slander requires defamation, and calling someone gay isn't defamatory. From the New York Daily News:

“These [previous] appellate division decisions are inconsistent with current public policy and should no longer be followed,” stated the unanimous decision written by Justice Thomas Mercure of the Appellate Division’s Third Department based in Albany. While the decision sets new case law in New York now, it could still go to a definitive ruling by the state’s highest court, the Court of Appeals.

… With Thursday’s decision and similar ones in several other states, calling someone gay is eliminated as defamation, just as being called black is no longer grounds for slander, said Jonathan L. Entin, law and political science professor at Case Western Reserve University Law School in Ohio.

“It doesn’t mean this is the universal view of the country,” he said. “The traditional view of being called gay was like being called an evil person. The state of public opinion has changed, but there are still people who feel that way.”

Nice as it is that courts no longer think being called "gay" is so awful, it still seems that Mr. Yonaty was treated poorly. So far as I've seen, media aren't reporting why, in this case, the "gay" allegation doesn't count as "defamation per se," which traditionally includes charges of "unchastity." Insinuating that someone in a heterosexual, monogamous relationship is gaying it up on the DL would seem to apply. Anybody have any insight?

Previous Post: « Gallup: Most Americans Did Not Evolve
Next Post: Brian Clowes: The Protocols Of The Elders Of Gayness »