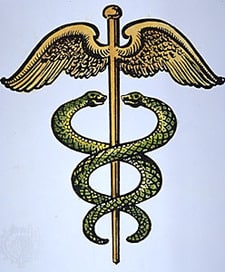 In their brief, a PDF of which I’ve included below, the good doctors offer scores of scientific data showing that same-sex parents do no hurt children, but that the government’s prohibitions on marriage equality do.

The claim that legal recognition of marriage for same–sex couples undermines the institution of marriage and harms their children is inconsistent with the scientific evidence. That evidence supports the conclusion that homosexuality is a normal expression of human sexuality that is not chosen; that gay and lesbian people form stable, committed relationships that are equivalent to heterosexual relationships in essential respects; and that same-sex couples are no less fit than heterosexual parents to raise children and their children are no less psychologically healthy and well-adjusted than children of opposite sex parents.

And this comes from a section called “Homosexuality Is A Normal Expression Of Human Sexuality, Is Generally Not Chosen, And Is Highly Resistant To Change:”

Current scientific and professional understanding is that the core feelings that form the basis for adult sexual orientation typically emerge between middle childhood and early adolescence, without any necessary prior sexual experience. Most gay men and lesbian women do not experience their sexual orientation as the result of a voluntary choice.

And then there’s this bit from their final argument:

The foregoing shows that the attitudes towards and beliefs about lesbians and gay men relied on by Congress in enacting DOMA – about their capacity for committed, long lasting relationships, and their ability to raise healthy well-adjusted children – are contradicted by the scientific evidence and instead reflect an unreasoned antipathy towards an identifiable minority. Amici accordingly support the judgment of Judge White that § 3 of DOMA appears to be based on an explicit animus against gay men and lesbians. In institutionalizing greater access by heterosexuals than gay men and lesbians to the many federal resources and benefits accorded married couples and their children, the Act conveys the federal government’s judgment that committed intimate relationships between people of the same sex – even when recognized as legal marriages by the couple’s state – are inferior to heterosexual relationships.

Here’s the PDF of the brief.