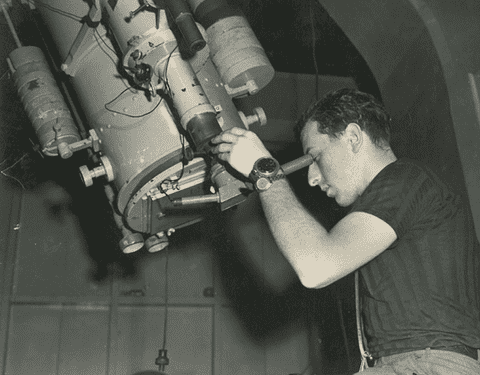 Legendary gay activist Frank Kameny soars above us as we speak. Kameny, a former government astronomer whose 1957 firing led to a lifetime of equality activism, died last year, but an amateur star watcher from Canada decided to keep his high-flying legacy alive by naming Minor Planet 40463 after the New York City native.

Fox News reports that the astronomer, a man named Gary Billings, was inspired after reading Kameny's obituary last year, and after some discussion with his peers, ultimately decided the asteroid should be called "Frankkameny." It's traveling too fast through space for a space between the names. Either that or that's just celestial parlance.