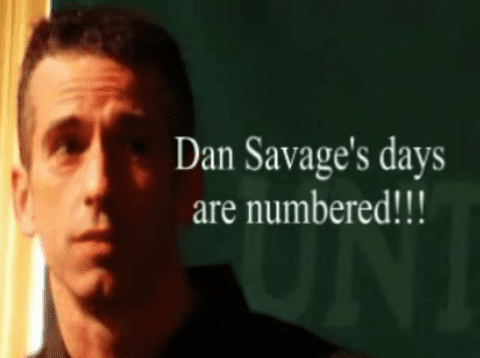 That sin, of course, is homosexuality, which he actually has deemed an “extra-ordinary sin”, one so powerful that it will bring “terrible danger” to pro-equality activist Dan Savage, according to a video he posted today.

Carter has since removed the video, which is really quite ominous, but Jeremy at Good As You snatched a copy. I’ve included it below. Oh, if you don’t like what Carter has to say, it’s because “God’s truth offends you”.

Watch his message to Savage AFTER THE JUMP.

Previous Post: « This Is A Real Thing Found At The RNC
Next Post: Check Out A Sneak Peak Of ‘Glee’ Season Four: VIDEO »