The Maryland Board of Elections has released the official language that will appear on the ballot referendum over Maryland's marriage equality law: 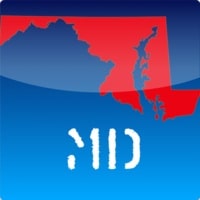 The title of the marriage referendum is the “Civil Marriage Protection Act,” the same name as the legislation which passed with bipartisan support in the Legislature and signed by Governor O’Malley earlier this year. It will appear as Question 6 on the ballot and reads as follows:

Establishes that Maryland’s civil marriage laws allow gay and lesbian couples to obtain a civil marriage license, provided they are not otherwise prohibited from marrying; protects clergy from having to perform any particular marriage ceremony in violation of their religious beliefs; affirms that each religious faith has exclusive control over its own theological doctrine regarding who may marry within that faith; and provides that religious organizations and certain related entities are not required to provide goods, services, or benefits to an individual related to the celebration or promotion of marriage in violation of their religious beliefs.

Said Josh Levin, campaign manager for Marylanders for Marriage Equality: “The wording is accurate and straightforward and will serve as another way to educate voters. This referendum is about equality under the law and protecting religious freedom, and we know the more people know about this issue the more they support it. Voter education is what’s fueling our momentum.”

Previous Post: « Rep. Todd Akin Insists He ‘Misspoke’ About ‘Legitimate Rape’: VIDEO
Next Post: Devout Christian Lisa Whelchel (Blair from ‘Facts of Life’) is on the Next ‘Survivor’: VIDEO »