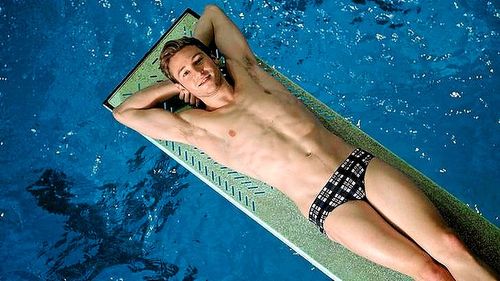 Mitcham … has had enough of the incessant pounding and had gone to London pretty much convinced that he and his body couldn't take much more. But then he felt his love of the Olympic Games reignited, so much so that he never wants to miss another one of them. That means either joining the dread ranks of those reporting on his sport, or continuing in it, almost certainly in the shape-shifting role of a springboard diver.

"I've always been a platform specialist who's done springboard either to fill spots or because I was semi-OK at it," Mitcham said. "So I have been in discussion with Chava (Sobrino), my coach, about the possibility of becoming solely a springboard diver. It's certainly a possibility and I'm not really going to take a holiday when I get home. I'm actually going to start working on the strength to become a springboard diver right away because it's going to take a long time to get my thighs as big as (China's) He Chong's."

Now that she's running unopposed, Texas pol Mary Gonzalez has come out. Not as a lesbian — she already did that — but as pansexual:

“During the campaign if I had identified as pansexual, I would have overwhelmed everyone,” she said this week, adding that people don’t know what being pan means. “Now that I’m out of the campaign, I’m completely much more able to define it.”

Although her election focused on helping El Paso’s District 75 citizens gain access to clean drinking water and better educational opportunities, her sexuality was front and center, and something she had to repeatedly address. Mainstream media called her the Latina lesbian lawmaker. The coverage led to negative comments about her dating men in the past and accusations that she was not a “true lesbian,” Gonzalez said.

In Nevada, US District Chief Judge Robert Jones has set a date to hear arguments on marriage equality. He'll accept lawyers' arguments only — no testimonies:

Jones … said he planned to rely on oral and written arguments from attorneys, not courtroom testimony from people who might be offered as experts on the history of discrimination against homosexuals.

"Testimony would be not only useless but an absurd inquiry. 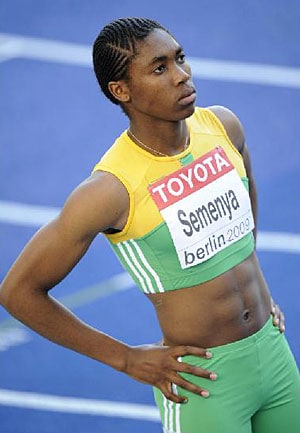 Yesterday, the lovely androgyne Caster Semanya, a world-champion runner and now an Olympic silver-medalist, looked a little like a woman throwing a race.

– and who would blame her? This three-year-old, marvelously written story from the New Yorker details the terrible torment endured by the then 18-year-old athlete when her dominance in the 800-meters led to a protracted investigation of her gender.

Steve and Roger have been together 19 years, and their family is very large.

(They're in prison for behaving badly in a church, and could be imprisoned for up to seven years. They'll learn their fates on Friday.)