Rosie O'Donnell had a heart attack, she revealed via poem on her blog today. O'Donnell said it happened after she helped a heavy woman out of her car last week: 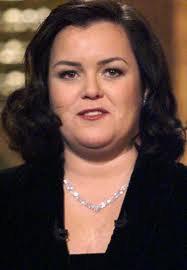 maybe this is a heart attack
i googled womens heart attack symptoms
i had many of them
but really? – i thought – naaaa

O'Donnell took aspirin but did not call 911 and expressed regret for not doing so in the poem:

Said O'Donnell's rep to People magazine: "She is now home and resting comfortably. She is very, very lucky."