At the New York Post, Mayrav Saar writes about a minor but fascinating controversy currently bubbling under in the Conservative Jewish community, involving gay marriage, straight marriage, and why the former’s better than the latter.

Yes — the former, gay marriage, is better, because of the peculiarities of the liturgy used in “traditional” Conservative Jewish marriage ceremonies. Writes Saar: 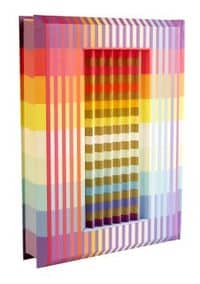 Traditionally, a groom gives a bride a ring and declares his
ownership of his pretty new acquisition: “You are consecrated to me
according to the laws of Moses and Israel.”

The bride, if she
wants to, can give the groom a ring (it’s not required) and say whatever
she’d like. She can recite back a re-gendered version of what her
husband says to her, but not all Conservative rabbis will go for that.
Instead, the bride usually recites a poem taken from the Song of
Solomon, “I am my beloved, and my beloved is mine.”

There is, in the ritual, a strong proprietary element that’s lacking in the same-sex ceremonies cleared for use by a law-making body of Conservative clerics this spring. Though not considered a full marriage in the Conservative community — because, as Saar writes, a “kiddushin,” or “sanctified marriage,” “requires the ‘dominant’ party to acquire the ‘less dominant’ party,” and same-sex couples don’t contain that patriarchal dynamic — it lays obligations upon and grants privileges to gay couples that heterosexual couples, and the women therein especially, might envy.

Currently, only a man can terminate a Jewish marriage with a get,
or divorce document, leaving women who want to remarry or just move on
with their lives at the mercy of their estranged spouses.

The
same-sex model allows either party to dissolve the marriage because, as
the rabbis noted, if only a man can initiate a divorce, in a marriage of
two women, presumably nobody could.

That heterosexual couples might wish to emulate the same-sex marriage rites was something the rabbis who constructed the liturgies suspected from the beginning. One of them penned a warning:

While some heterosexual couples may see in these new models of brit (covenant) and shutafut (partnership) for same-sex couples a basis for abandoning the traditional model of kiddushin, Conservative Judaism has taught us to respect ancient liturgy and to minimize modifications of text.

But Conservative Jews to whom Saar spoke thought such advice would go unheeded. Said Aurora Mendelsohn, the Canadian blogger:

Anybody who sees the [gay marriage] ceremony will say, ‘I want that for me.'”

Previous Post: « On ‘The X Factor’, A Contestant Fights Back: VIDEO
Next Post: NEWS: Hitch, Bumps, And Ballers (VIDEO) »