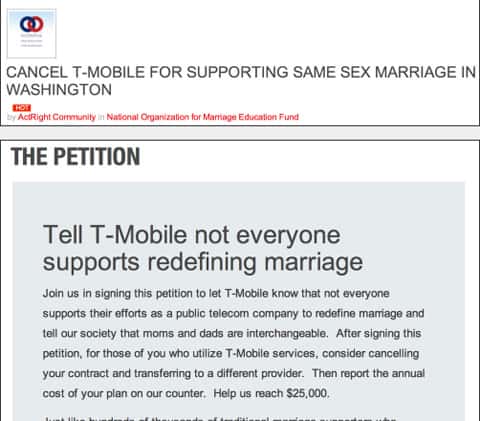 The National Organization for Marriage is telling its flock to petition the communications firm T-Mobile over its support for marriage equality.

Chides Jeremy Hooper: "Oh, NOM, you all really shouldn't go after any kind of phone service. After all, if we all lose our ability to communicate, how will us peons ever call you, our life masters, and ask who you've deemed anti-gay enough for public consumption?"

In late August, T-Mobile announced its decision to contribute $25,000 to Washington United for Marriage, the group campaigning to pass Referendum 74, which would allow the legislatively-backed marriage equality law to go into effect there.