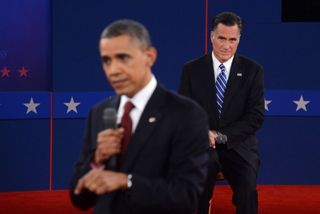 Even good debates make me cringe a little. I shudder anytime anyone says he or she is an "undecided" voter not because there's anything inherently wrong with taking time to make a decision, but because the level of disengagement necessary to remain willfully blind to the differences between the President and Governor Romney is dangerous in a democracy. I also fall into the trap of hating everything the other guy says, while starting most of my one-sided arguments with the television by saying, "I would have said [insert amazingly witty, substantively correct, and persuasive comment here]."

Tuesday's debate between President Barack Obama and former Massachusetts Governor Mitt Romney was striking for a number of reasons. Mr. Romney was exposed as a liar and creepy (at best) when it comes to women. The smackdown on Libya he received and the viral binder meme prove that, not to mention the remarkable throw away comment that the first time he heard about women receiving unequal pay for equal work was when he became the governor of a state and not when he saw his father run a car company and the entire state of Michigan or when he was in business school and then an investor and then chairman of Bain.

There was one question about immigration and it typically missed the boat: A woman named Lorraine asked Mr. Romney what he would do about "undocumented immigrants" living in America. Mr. Romney's answer, which boiled down to the banal pablum, "I like legal immigration, but not illegal immigration," allowed him to avoid saying that his immigration plan calls for increased border patrol and sending innocent children back to Mexico. The President's response was slightly cleaner but no more substantive, liking legal immigration, too, but also pivoting back to Mr. Romney's statements in favor of the controversial Arizona immigration law.

The problem was not so much with the answers as with the question.

An undocumented worker phenomena is a symptom of an immigration regime too nativistic for the 21st century. It creates perverse incentives for highly skilled artists and scientists, splits up families, and punishes children who just want to grow up, get an education and a job, and contribute to society. The President's policies have ameliorated some of the sharp edges of this antiquated system and have, most notably, made this country a more welcoming place for the HIV-positive community and same-sex binational couples and enforced a mini-DREAM Act by going around Republican intransigence and xenophobia in Congress.

But, as the President likes to say, more needs to be done. And still we are asking the wrong questions. I don't want to know what a Romney Administration would "do about undocumented immigrants;" that's like asking Les Moonves what he would "do" about television. Rather, I want to know precisely how we can change an immigration system from one based on keeping people out to one based on keeping families together, bringing the best and brightest to this country to work, staying safe, and growing the economy.

The DREAM Act is a necessary first step. Let's see why AFTER THE JUMP. 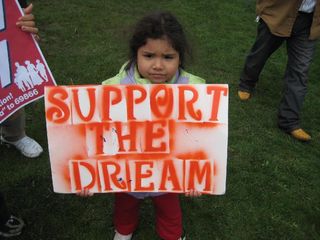 It was originally introduced in 2001 by Illinois Senator Dick Durbin (D) and Utah Senator Orrin Hatch (R). But, by the time Senator Hatch faced a feisty Tea Party challenger for the Republican nomination, the Senator backed away from his early support. In 2010, 2011, and 2012, the bill was reintroduced in various forms, collectively making the permanent residency goal a little harder to achieve: no in-state tuition discounts, no health care, lower age cap, longer delays, no sponsorship, and requires, among other things, back-tax payments.

In 2011, several Republicans who had supported the DREAM Act ten years earlier withheld their support unless the bill included increased border security and enforcement. Majority Leader Harry Reid (D-Nevada) expressed willingness to compromise, but, as has become their custom, Republicans said no.

Earlier this year, the President announced that he was not going to let Republican nativism stand in the way of reform by ordering his Administration to stop deporting those who met most of the DREAM Act requirements. That policy would be reversed if Governor Romney wins in October.

The DREAM Act is supported on the left because it can help raise innocent young persons out of poverty, give them access to education, and bring many more immigrants away from the fringes of official society. The business community supports it because it offers access to millions of new, legal workers. Immigrant communities support it because it would rescue their populations from a kind of legal limbo where they are constantly looking over their shoulders. The only people who do not support it are law-and-order type Republicans (and pretty much 80 percent of the Republican caucus in the House and Senate) who feel that it rewards illegal immigrants.

Republican opposition to the DREAM Act willfully ignores the positive economic and social benefits of integration of fringe populations and denies the fact that DREAM Act targets — young persons — never made the decision to come to this country on their own. They are here because their parents came here, seeking nothing more than a better life and opportunity for the next generation. They are, therefore, no different from young American citizens whose parents would do just about anything to ensure their success.

Therefore, we should ask ourselves the following questions: Why would we want an immigration system that deports children trying to get an education and contribute to American society? Why would we want to punish innocent young people who came here at the whims of their parents? Why, when the business, military, education, and health care communities favor reform would we deny their bipartisan voices in favor of nativism and xenophobia?

The answer, of course, is Republican politics. More immigrants on a path to citizenship means more Democratic voters and a shrinking white majority. They think it means dilution of "American culture" and a hodge podge of languages on official government forms. They think the DREAM Act, like the freedom to marry, brings the end of days. 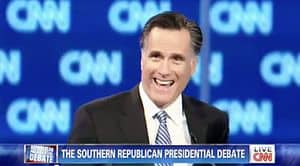 Governor Romney, the "severe" conservative from the Republican primary and the man who said immigrants do not "deserve" the American dream, likes to smile and say he likes immigration. But, not only did he never have "binders full of women" at Bain, he never had binders full of minorities anywhere. His team at Bain almost exclusively consisted of white men; his Massachusetts cabinet included one racial minority until the Democratic legislature pilloried him for it. But all of that is for show; anyone can puff up their moderate credentials by appointing a token [insert excluded group here] to [position he doesn't really care about].

Mitt Romney is strikingly unqualified to be president because of his ignorance. He never knew gay persons wanted to have families before he summarily and rudely dismissed a lesbian couple from his Boston office. He had no idea women receive less pay for the same work until he became a governor. He has no idea the kind of life he is forcing on immigrant children, remarking once that the farms migrant labor work on are "beautiful." He cannot conceive of the horrors of discrimination because he has no idea it actually happens. And, as such, he will never be willing or able to represent any minority.